Donald Trump has really had a rough weekend. It seems his days are filled with sitting in his Oval Office replica and churning out posts on Truth Social, each one further detailing just how unfair his life is and how everyone is so mean to TRUMP.

So far on Sunday Trump has sent 42 posts (I refuse to call them ‘truths’) and think about it, that’s a lot. Yes, much of it was him reposting videos from others, but man, it honestly seems Trump spent his whole day on Truth Social.

On Saturday he had an equally crazy day.

Trump posted some fantasies, like he wants Jack Smith’s investigation to be defunded. Trump said, “It’s a Rigged Witch Hunt run by a Trump Deranged Lunatic. Save the millions of dollars that will be wasted. Very unfair to our Country!” and attached an article from a right-wing site calling for the GOP to defund Smith. 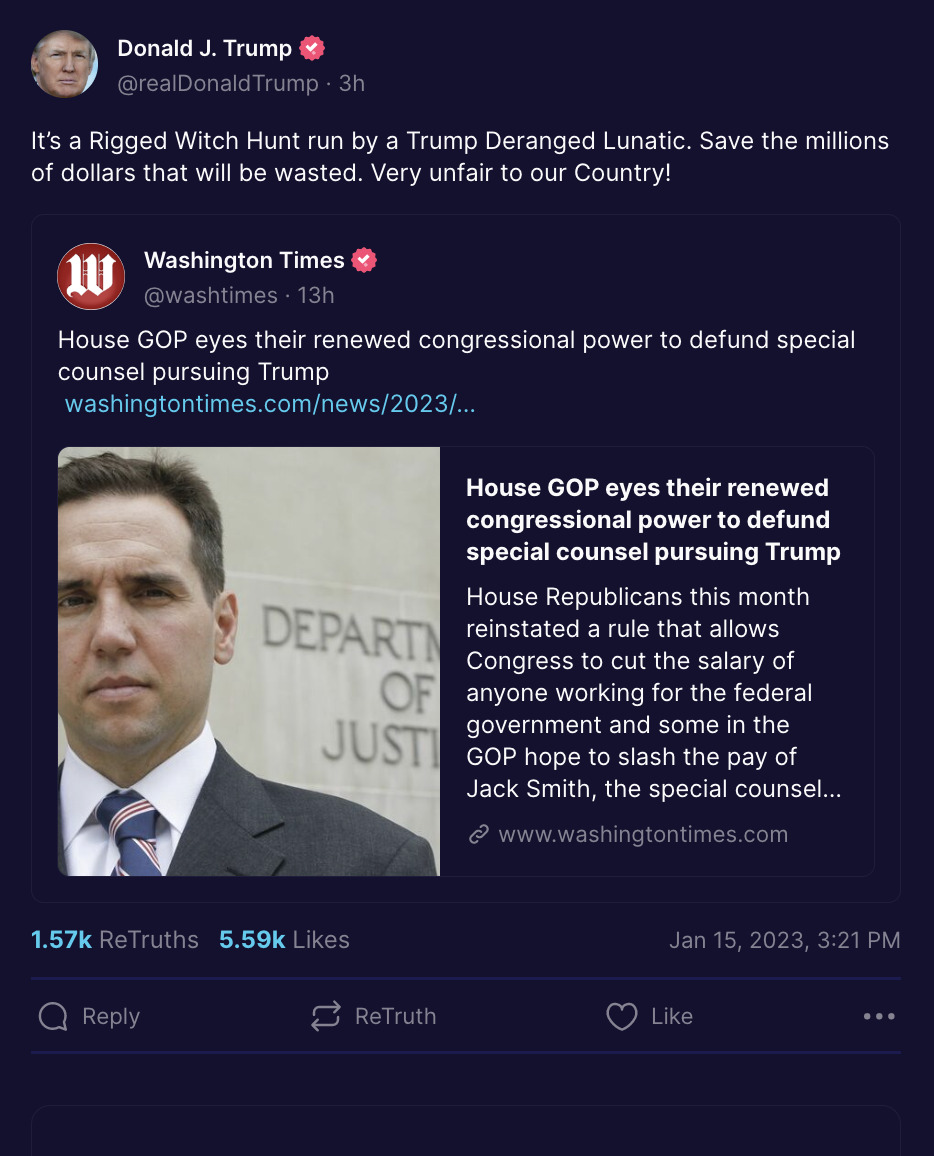 Then he did a little bragging (I know, what a surprise!) and said that son Donald Trump, Jr.’s weekly show on Rumble would be a huge success, saying “Don will do a GREAT job. He feels the pulse of what’s happening. Give it a shot!”

But most of it was just the rantings of a madman. And that madman was spotted today at Mar-a-Lago, with the indefatigable Ron Filipkowski locating a photo of Trump on his phone in one of the Mar-a-Lago dining rooms. And LOL at the idea of Trump working on a statement for Martin Luther King Jr. Day. Some poor intern gets that job, if it’s done at all.

Trump today no doubt working on his MLK tribute for tomorrow. pic.twitter.com/8XZBAqgokm

Yeah, not the picture of health, you know? And Twitter agreed:

Those Diet Cokes he guzzles really are helping him maintain his sexy masculine figure.

Aww. Was he wheeled to the front entrance of the home so he could see some more people?

He's trying to get ahold of Frederick Douglass, who's ignored his calls ever since he left the White House.

Aw, he looks like he's waiting for Don Jr to pick him up from the assisted living facility to take him to the early bird buffet at Alplebee's.

"Listen, I love the Blacks. Every other day a Black guy comes up to me, happens all the time, he comes up to me with tears in his eyes and says 'Sir, thank you for saving our country.'"

Trump may be texting his African American for a quote. pic.twitter.com/UY4PNRAEbt

Trump Posts Humiliating Meme of Him on Mt. Rushmore and People Can’t Stop Laughing at How Pathetic He Is