Hey, it’s a Saturday, so that’s a good time to have a little fun, right? So that’s your warning that this is not a news article, and it’s not important nor serious. But, it is pretty strange that Donald Trump appears to be wearing a diaper in his recent interview with Sean Hannity. Either a diaper or he has gained a lot of weight in his bottom. Either way, the internet is going crazy over it.

Casler once tweeted, “Anyone who thinks I’m joking about Trump wearing Depends should watch this vid…I’m not, it was a known fact on ‘Apprentice’ he is incontinent from all the years of stimulant abuse and fast food. Right Don?” (The video he is referring to has since been deleted, as it was from a suspended account, but it showed Trump wearing khaki’s with an obvious strange puffy bulge in the crotch area).

Anyone who thinks I’m joking about Trump wearing Depends should watch this vid…I’m not, it was a known fact on ‘Apprentice’ he is incontinent from all the years of stimulant abuse and fast food. Right Don? @realDonaldTrump https://t.co/i2T4zwQjwu

Frequently. He wears adult diapers, has since at least 2007. We would often stop taping on ‘Apprentice’ because of his rage over not being able to read a word on a cue-card. He would scream at crew until he soiled himself, then go snort more Adderall and change Depends.

Casler even claims that production would shut down when Trump soiled himself:

Somebody take the Adderall away from the Fake President now, he needs a diaper change (we had to stop-down on ‘Apprentice’ tapings when he soiled himself) he is clearly losing his mind, are there no adults in that WH?

Well, in his recent interview with Sean Hannity, Trump’s rear end appeared to look rather large and puffy. Come on, tell me this is normal: 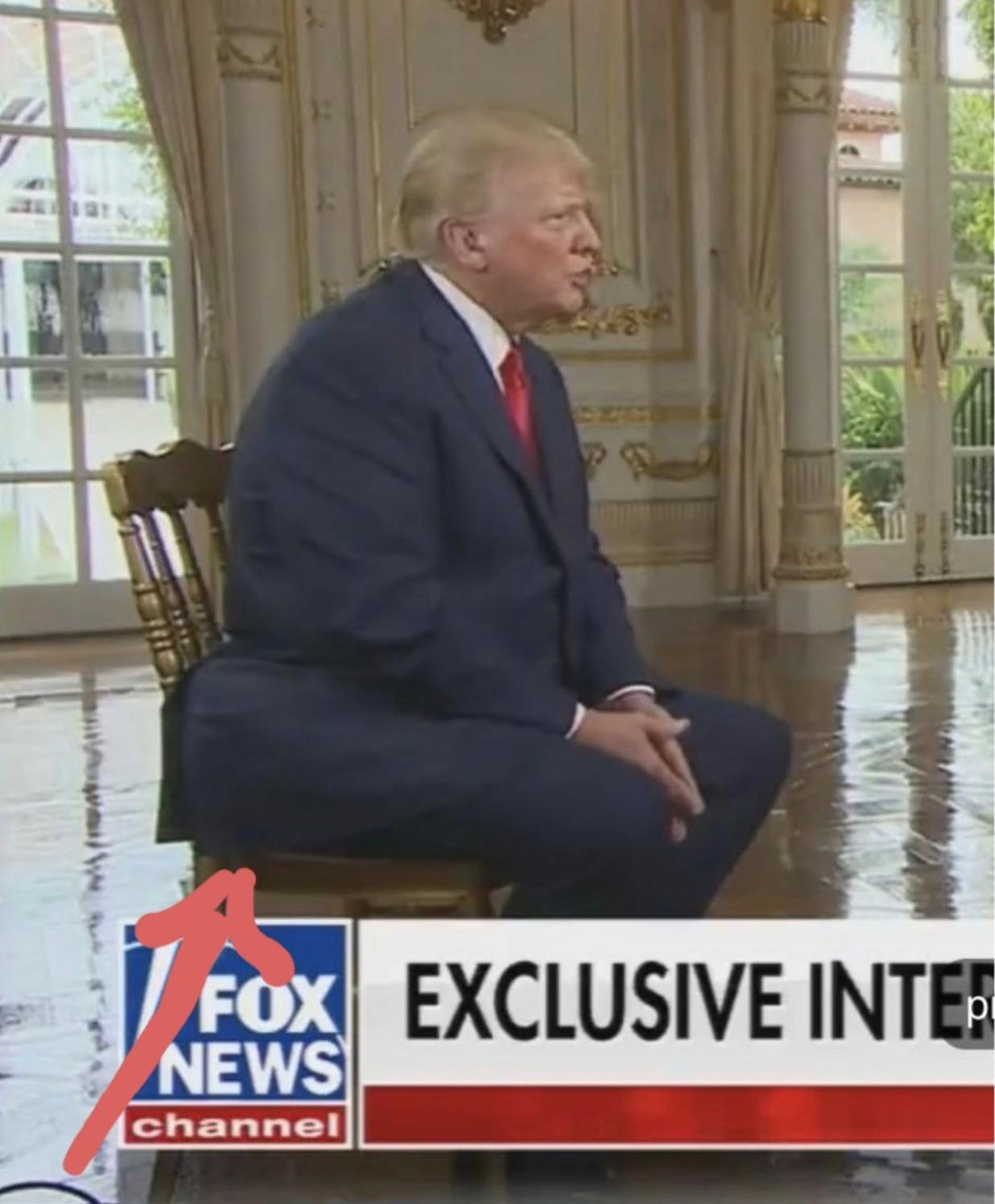 And Trump’s interview with Hannity was two nights ago, and yet, it’s still a trending topic on Twitter.

#Trump is either double bagging his diaper or we’ve found the missing docs. #TrumpMeltdown pic.twitter.com/F42xXXWquf

What's up here? Diaper, cheeseburgers? The size of that tRump is clearly growing here. 😬 pic.twitter.com/85NpnTT0ZG

Trump needs his diaper changed.
He’s literally shitting himself because of all the investigations into him. https://t.co/UnIg7B8Lic

It's a 💩 loaded diaper. People have said Trump smells like crap and he farts in public because he has lost control of his bowels and bladder due to the prolonged use of Adderall and coke. https://t.co/dmcFYdESBR

People are saying Trump wore adult diapers during yesterday's Fox "News" interview. We report, you decide.
Either that or he has some silicon implanted because he's taken a job at male strip club & he will be twerking pic.twitter.com/VSnmqi52TG

Donald Trump is wearing a diaper from all the drug use in his recent Hannity interview. He was High AF as always. Spewing shit from his cat butt shaped mouth and filling his diaper with leftovers from fast food joints. pic.twitter.com/OjgJd4MpQG